We Were Finally an “Average American” Family 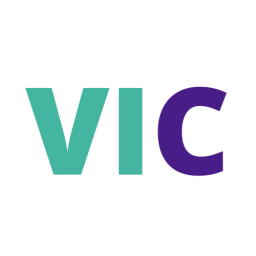 I craved as a mother to have a family and grow as an “average American family.”

Here’s a story of hope. Of actual real light at the end of the tunnel. The kind I was telling you about. Be prepared. It can show up out of nowhere, and you could easily pass it by without seeing its real wonder and beauty.

So whatever that image is for you, that proves that the light is actually shining, and you’re not still waiting for it, hold onto that image in your mind. Quietly in your heart. Keep it to yourself if you need to; but when it does show up, be ready. Be grateful. Be present. Soak it all in.

That’s exactly what happened to me exactly one year ago on a Sunday. And I held onto that moment even after it had passed. While it was occurring, it was as if there was almost a rainbow there, and at the end was my pot of gold. Except it wasn’t a pot of gold. It was my husband. Washing our car. With our daughter. On a Sunday.

Now, if any of you have been with me through my stories, you will know that this event occurring on a Sunday is no more than a miracle. Because for half a decade, Sundays were his worst. We all avoided him like the plague. It was football drinking Sundays, where nothing got accomplished except a bad mood and eggshells.

So, for this to be occurring and not only getting accomplished, but also being enjoyed with our daughter, was nothing short of pure happiness.

The other piece of this, which I have kept inside for a while, was that I had craved as a mother to have a family and grow as an “average American family.” This included yard work on weekends, washing cards, having BBQs, and just accomplishing household chores like every other American family on our block that I saw every Saturday.

Except, we weren’t doing that.

We were surviving. Behind closed doors.

Often avoiding. We couldn’t get a handle on his mood swings and the unexpected. So, accomplishing household chores and tasks were almost beyond impossible.

I realized the only thing I was modeling for my kids was survival.

I remember watching our neighbor, the one who had stage 4 cancer, and how he and his family always did household projects and chores together. They were teaching their kids how to live in the world. I would drive by jealous, ashamed, and embarrassed that I couldn’t give that to my children.

And All of a Sudden - The Ordinary Became Extraordinary

So when this moment happened, where I saw my husband and daughter joyfully washing the car, and later having a water hose fight, I couldn’t help to not only breathe a sigh of relief, but also pat myself on the back. Because we had gotten here. We had reached our light. Even if it was simple.

I made a point, the moment I saw them washing the car, to stop them. And tell my husband how proud I am of this moment, of what he’s doing on a Sunday, and how far he has come, and to notice his happy daughter. I told him I would write about it.

Just after we spoke, I drew a bubble bath. I poured myself a glass of sparkling champagne, added a tiny raspberry and strawberry, because I was going to be extravagant for this moment, and celebrate. I slid down into the bubbly warm water, took a sip, and then a long sigh and deep breath. We did it.

How Did I Go From ‘Survive to Thrive’

Originally, I walked away from this piece, happy to share my story of hope. But then I woke up this morning and realized, “Ok, great, you shared with them a story of hope. But as the spouse of an alcoholic, did you tell them how you got there?”

One thing I’ve learned from my mentors is that most of the time, people don’t care about you being at the top of the mountain, they care about how you got there.

Ok. So how did we get to our car wash moment?

I hate to say it, but it isn’t one magical thing. It wasn’t one specific moment or road map. It was years of trying, failing, and trying again. There were times when I had to walk away, and literally give him space.

That lasted for two years where we both began to rebuild our own identities. We had to kind of “walk away” from each other, and heal and grow as individuals, and not as a couple. That was painful, tough, and lonely, but it had to be done.

We had to create, set, and communicate new boundaries and follow through with them. We had to establish new goals for ourselves, and be okay if they were different from each other. I had to shield myself and walk away when he was still developing into a healthy version of himself, and not take to heart any moments when he wasn’t the kindest. And recognize those moments are a reflection of something going on internally with him, and they had nothing to do with me.

We both had to work with individual therapists, and then come together for a marriage counselor. These were bi-weekly appointments for almost three years. We had to show up, be ready to do the work, and be open to admit when we each may have made a mistake. We learned to acknowledge and accept our family roles in the addiction. And finally, yet most importantly, we had to learn to forgive and let go in order to move on.

How These Three ‘Self Checks’ Helped Keep Me Aligned

I ended up doing self-checks, making sure I was aligned with my values and goals, but also showing up as a present, loving partner. We both began reading several self-help books, and took the time to digest and apply things we had learned actively in our daily lives.

We both had to seek a better balance health wise. We had to find opportunities for mental health like meditation, or walks or bike rides for physical health. We had to put down our guard, and let faith back in, knowing it looked different for us than before. He found different avenues for healing, and my faith grew in an abundant new, unexpected way.

If something has nothing to do with me, I no longer insert myself attempting to be a part of the solution. I give him time, space, and respect so that he has the opportunity to figure it out on his own. If I am asked for help, then I assist. Not before.

We learned to laugh at ourselves. I don’t see the alcohol anymore, or that he is a recovering alcoholic. I see the person. Who has worked really hard to be a better person, father, and husband.

So all of these things. And there is so much more. We did them not just to keep our family together, but to experience those “rainbow moments” of simplicity that make all those years, all those experiences, worth every moment.